One of the many things writers fret about is names.

A primary character needs a name that fits, one that's memorable and projects the right image. This is why the main character's name is often changed during the first draft. It isn't always easy to come up with a name that rings true to what we want to project about this particular character.

Beyond that, most every character in a story needs a name. It's how we're accustomed to identifying the people with whom we come in contact in our daily lives as well as in the books we read or films we watch. For minor characters, the issue is simple. Any bland selection of Christian and/or surnames might do.

Some writers hold contests in which friends, neighbors, and even strangers compete to have their names used in a story.

An easy source of names used to be the telephone book. In this digital age, those handy references are becoming scarce. Still, if you have access to one, pop it open to any random page, run your finger down a row and stop on a surname that strikes your fancy. Turn to another page and do the same in search of a first name that goes with the surname. Why not just use the Christian name of the surname you selected? 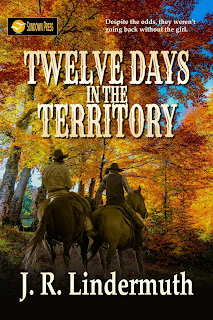 There's nothing to stop you from doing so. But suppose this and the devious deeds of your invented character offend the actual person whose name you've borrowed (who you don't know but who might chance to read your tale). You could be facing trouble in these litigious times.

Another useful source of names is television, especially game show contestants. There's an infinite variety available. Again, be wary of combining the name and behavior of those from whom you're borrowing. These people might chance to read your book, too.

A safer resource I've used a few times is to honor/dishonor an ancestor from the family tree by using their name. They aren't likely to sue.

One of my favorite sources of names is old newspapers. There's an infinite variety to select from and you can come up with some very memorable combinations. As I read these papers I make lists of any names that strike my fancy. I may never use all of them. But you never know when you might find just the right handle for a particular character.

In my latest novel, Twelve Days in the Territory, I used a combination of ancestral names, some selected from old newspapers and others that just popped up in my imagination. A few of the names I think will stick with readers are Crawford McKinney, Jubilation Kincaid, and Lazarus Lee.

Finding names isn't the most important part of writing a story. But it can be fun.

Posted by jrlindermuth at 6:48 AM