SOME HISTORICAL BITS IN THE TRASH HAREM

(I'm hosting my friend Marilyn Meredith today as she discusses her latest mystery. The floor is yours, Marilyn:)

Though this latest Deputy Tempe Crabtree mystery is set in modern times there are two bits of history that I incorporated into the plot.

The oldest was about the Pechanga Indians, who do play a minor part in this story. Like many of the native people of California, they had many struggles because of the Spanish missionaries during the 1700s. In the 1870s they were evicted from their homeland. Over the years, I’ve included much of the horrible things that happened to the California Indians in other Deputy Tempe Crabtree mysteries, most notably the Tolowa tribe of far northern 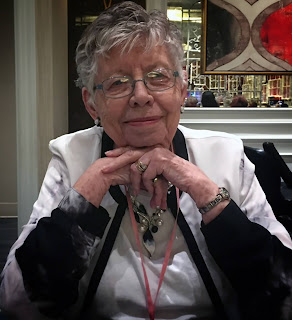 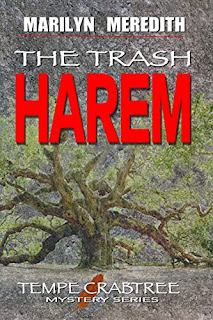 California which was nearly wiped out. But many other tribes were forced from their homeland to settle in reservations.

Like the Pechanga Indians, times have changed for many tribes because of casinos. The Pechanga casino, located in Temecula, is a popular place. Besides gambling and many restaurants, it has a venue for concerts and other events, and it even has a large campground.

Another historical thread in The Trash Harem revolves around the author, Erle Stanley Gardner. Gardner’s primary home was located on what had been the Pechanga’s land. The sprawling ranch had twenty-seven buildings including cabins for his four full-time secretaries. Even his doctor had a home there. When Gardner died, his estranged wife sold the ranch in 1970. In 2001 it was sold again, this time to the Pechanga Indians.

Because I was a huge fan of Erle Stanley Gardner’s books and an even bigger fan of the Perry Mason TV show, it was fun to revisit both as I wrote The Trash Harem.

Deputy Tempe Crabtree has retired from her job in Bear Creek when friends, who once lived in Bear Creek and attended Pastor Hutch’s church, ask her to visit them in Temecula. The husband, Jonathan, is a suspect in what might be a murder case. The retirement community includes many interesting characters, any of whom might have had a better motive than Jonathan. There is also a connection to Earle Stanley Gardner as well as the Pechanga Old Oak. What is a trash harem? You’ll have to read the book to find out.

To purchase The Trash Harem

She is the author of over 40 published books including the Deputy Tempe Crabtree mystery series, and writing as F. M. Meredith, the Rocky Bluff P.D. series. She’s a member of two chapters of Sisters in Crime and the Public Safety Writers Association.

Posted by jrlindermuth at 4:49 AM