Words of Encouragement for My Peers

Fellow writers, if you’re feeling discouraged I ask you to consider the career of John Dunning.

A high school dropout, he was rejected by the Army after only two weeks service because of a broken eardrum and then spent a period working for $1.05 an hour in a glass shop and later as a stable boy at a horse-racing track.

In a biographical sketch on his webpage, http://www.oldalgonquin.com/authorPage.php,
Dunning explains his problems in school were the result of attention deficit disorder (ADD), which wasn’t diagnosed until years later. John’s life might have continued in that distressing state save for one thing—he had a dream. He wanted to write.

And he wasn’t ready to give up on his dream. Dunning persevered. He got his GED, got a job on The Denver Post and gradually worked himself up from clerk to copyboy to reporter. In 1975, Bobbs-Merrill published his first novel, The Holland Suggestions.

Since then, in addition to a slew of novels including the fabulous Cliff Janeway mysteries, Dunning has earned regard as a radio historian, taught writing and journalism at the University of Denver, worked in film and operated a bookstore with his wife. The first Janeway novel, Booked to Die, won an Edgar in 1992. Despite some recent health problems, he is reportedly back at the typewriter (yes, I said typewriter. It’s his preferred instrument, which he refers to as “an honest machine”.).

So what advice does Dunning offer most frequently to aspiring writers? You guessed it: Don’t give up.

I must credit Margot Kinberg for giving me the idea for this blog when she wrote about books as an element in crime novels in her Confessions of a Mystery Novelist blog (http://networkedblogs.com/7anTg)
Posted by jrlindermuth at 4:05 PM 4 comments:

Get Your Facts Straight

Many writers fantasize about having their novels adapted to film. While the idea tantalizes with money and fame, there are adequate reasons to resist.

A case in point are the two cinematic versions of Ira Levin’s A Kiss Before Dying (1956, a B-grade noir drama featuring Robert Wagner and Virginia Leith and the 1991 remake with Matt Dillon and Sean Young). Both have their entertaining aspects but do little for Levin’s reputation.

Now a modern crime classic, the 1953 novel won Ira Levin an Edgar for Best First Novel in 1954. Since Levin began his career as a TV script writer and wrote several plays, including Deathtrap (1978, the longest running Broadway mystery to date), it puzzles me why he wasn’t chosen to do the script for either film. Perhaps he was asked and declined.

There are some holes in the first version scripted by Lawrence Roman. But I find less fault with it than with the James Dearden 1991 version. I’m not speaking of the acting here. My concern is with the script.

We’re talking fiction—a film based (loosely) on a novel. With fiction there is leeway; we are not bound with all the consequences of reality. But if you want a work to be taken seriously it’s important to provide a level of verisimilitude. Levin was noted for far-fetched plot twists, but he was skilled at making you accept them as believable. Dearden’s script is riddled with “huh” moments, not to mention clichés and far too many coincidences.

There’s a scene in a hospital emergency room which is almost laughable for the number of errors which would be obvious to the most doped up patient. The most blatant was having Sean Young, the heroine, give the nurse a wad of money for the patient’s bill. Since when do nurses handle billing? Then there’s the scene where Dillon and Young’s father (Max von Sydow) are discussing fishing and Sydow proudly displays a prize carp he caught in Maine. Duh. Carp are not game-fish and there’s no need to leave Pennsylvania (the film location) when the commonwealth’s waterways are teeming with these trash fish. That’s just the tip of the iceberg in glitches.

Dearden is no novice at writing. His screenplay for Fatal Attraction was nominated for an Oscar. A fact-checker was definitely needed on this script. And that’s the point I want to make here. If you’re attempting to portray reality, verify your facts. If you don’t catch your errors, guaranteed someone else will.
Posted by jrlindermuth at 5:06 AM 2 comments:

Don't Take My Word For It 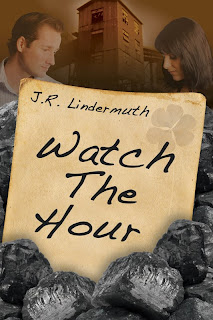 A review of a novel, film or other creative work is one person’s opinion.

And that’s exactly what it’s meant to be. As Darryl Ponicsan, a better known coal region-born writer, put it, “An honest reviewer reads a book and says, ‘I like it’ or ‘I don’t like it’ or ‘I’m lukewarm about it,’ and why.”

So what does that mean to you, the reader?

Many select a book on the basis of genre, their knowledge of the author or the suggestion of a friend or family member. There also might be the influence of advertising, an intriguing cover design or, simply, a whim. The reviewer is just another adjunct.

An honest review can help you sort out from the estimated 190,000 new books published every year in the U.S. those you might want to buy or borrow from your local library. That’s just the estimate for the U.S. Add another 130,000 for the United Kingdom. Care to guess how many worldwide?

My historical novel Watch The Hour just received an encouraging review (http://historicalnovelsociety.org/hnr-online.htm) which termed it “a page-turning yarn.” I’m not about to argue with a description like that.

My point is, don’t take my word for it. Watch The Hour is a book worth your time. The novel has received repeated good reviews elsewhere. To name a few: http://thebookbuff.blogspot.com/2010/06/j.html