I used poison as a murder weapon in Fallen From Grace and have utilized it again in Sooner Than Gold.

Poison has a long and respected place in the history of crime fiction. Agatha Christie employed poison in her first novel, “The Mysterious Affair at Styles,” and it was her weapon of choice in some 60 other fictions. Dorothy Sayers was equally fond of poison as a means of dispatch, as was John Carter Dickson, master of the locked room mystery, and even Arthur Conan Doyle.

Thinking of Lucrezia Borgia and some other early examples, some might consider poison as more suited to women as a weapon. In fact, an equal number of male murderers have turned to poison in preference to the gun or other weapons. For example, Thomas Neill Cream, Frederick Seddon and William Palmer, who some believe to have been Christie’s inspiration for that first novel.

The writers mentioned above (and many of the actual murderers) leaned toward chemical poisons, such as arsenic, strychnine and cyanide. I utilized arsenic in Fallen From Grace, since it was so readily available to our ancestors.

There’s nothing wrong in utilizing these time-honored tinctures, though one must be careful and provide the assassin with adequate medical knowledge. Some critics have challenged Christie on the qualification of the conspirator in that first and famous novel.

In Sooner Than Gold I decided to take a more natural turn. The Tilghman stories are set in an agricultural/mining community in the 19th century. Our rural ancestors were more inclined to forage in field and forests and many were familiar with a variety of plants with uses both benign and deadly. Since the cast of characters includes gypsies who have an even more extensive knowledge of such things, this particular plant seemed a perfect choice.

Growing up in a similar environment and fond of roaming the forest in my youth, I’ve long been fascinated by the many uses of plants most regard as mere weeds. This provides a fertile field for utilization in my stories and I’ve made frequent use of natural poisons over the years.

I’m sure this will not be the last time I dispose of a character by means of poison. 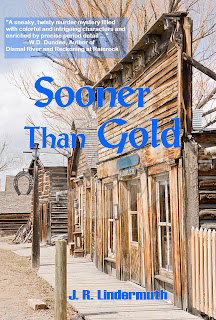 The Origin of Sticks Hetrick


Have you ever wondered what inspires a writer to create a mystery series?

I can’t speak for anyone else, but my adventure with Sticks Hetrick began early one morning as I drove to work. I was wire editor at the time, a position requiring me to be at my desk long before other members of the staff arrived.

As I headed to work that morning, a man in a green baseball cap emerged from a bank of fog and strode across the road. There wasn’t anything particularly striking about the fellow, yet his image kept recurring through the day, haunting me as had the woman at the end of the quay struck John Fowles and resulted in his French lieutenant’s woman. Did this character actually exist or had I conjured him through my imagination?

I used him in a short story, thinking that would dispel him.

Later, working on a story about a serial killer who seeks a mail-order bride, Hetrick returned, nudged aside my original plot and gave me a tale involving a theft of rare books which leads to murder in a rural community. It would be several years and a few detours before Whiskey Creek Press published Something In Common, the first of the Hetrick series in 2006.

In that first novel, Hetrick, a widower and former police chief bored in retirement, convinces a reluctant Aaron Brubaker to accept him as an unofficial consultant to the Swatara Creek police department.

That was followed the next year by Cruel Cuts, which introduced Hetrick’s protégés, Cpl. Harry Minnich and rookie officer Flora Vastine. This case, involving a poison pen campaign against an ambitious lawyer and animal abuses, smoothes out some of the wrinkles in the relationship between Hetrick and Brubaker.

With the publication of Practice To Deceive in 2012, the series went up to five novels. Sticks now has a new love interest and a new job as county detective, though he’s still called upon to back up his old friends.

In March, I signed a contract with Whiskey Creek for A Burning Desire, a sixth novel in the series in which an arsonist is stalking Swatara Creek. As I await assignment of an editor for this one, Flora began asserting a more leading role in another plot involving the murder of a school teacher who conducts birding tours.

All of the Hetrick books are available in both print and electronic formats from Whiskey Creek, http://whiskeycreekpress.com/authors/JRLindermuth.shtml, on Amazon and from other booksellers. Hetrick and his friends have also appeared in a number of short stories, two of which are now available from Untreed Reads.

What does the future hold for the series? I’m sure Hetrick and the other characters will let me know. By now I’ve grown quite fond of them all. 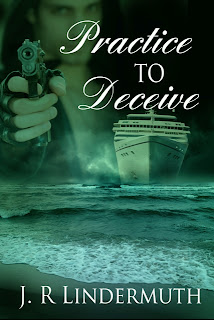 Posted by jrlindermuth at 5:24 AM 6 comments: