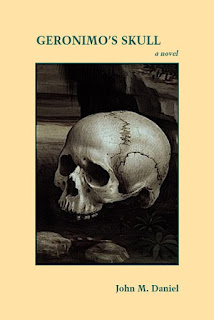 I feel honored to appear on John Lindermuth’s blog. I think of John as a prolific and successful writer of historical fiction, and I also happen to know of his interest in genealogy. So if you read John’s novels, or if you frequently read his blog posts, I suspect you read, or maybe even write, historical fiction; and you probably share at least a passing interest in family history, as I do.

As much as I like to read historical fiction, I’ve never considered myself a historical novelist. It’s true that most of my novels are set in the past, but most of them have been inspired by turning points in my own life, which means they take place in the second half of the twentieth century. How historical is that? Although they are entirely fiction, and therefore rely primarily on my own imagination, they are also informed by my memory of changes major and minor (JFK’s assassination, changes in the publishing industry, the Loma Prieta earthquake, for example). So my two primary tools have always been memory and imagination.

There’s a third tool, though, that I learned I must use to write a novel that takes place in the first half of the twentieth century, between the Saint Louis Worlds Fair in 1904 and the Stock Market crash of 1929. Writing this novel, Geronimo’s Skull, I did use memory (of what I’d heard about my uncle’s youth, his college exploits, his experience in World War I, and his subsequent meteoric rise in the world of business). I also used my imagination plenty (the novel is, after all, a ghost story). But in writing Geronimo’s Skull I also learned the great pleasure of research.

I surfed the Internet for all I could find about the Louisiana Purchase Exposition (St. Louis, 1904). Did you know that was the birthplace of cotton candy, Dr. Pepper, and hot dogs, or that there was a life-size statue of President Theodore Roosevelt made entirely of butter? Or that the Apache Geronimo, a captive of the U.S. Army, was put on display at the fair, for palefaces to gawk at?

I delved into the life and exploits of Geronimo, who was, I found out, a brilliant warrior and charismatic leader, a spiritual guide, an escape artist, and a sideshow celebrity who sold autographed photos of himself and once rode in a parade alongside President Teddy. He is buried at Fort Sill, Oklahoma, and legend has it his grave was robbed one moonlit night, and his skull was stolen by a gang of Yalies who belonged to the secret society Skull and Bones—including my Uncle Neil, and Prescott Bush, the father and grandfather of two U.S. presidents.

I researched the life story of Uncle Neil. That meant researching Europe in the 1920s, the oil business, the history of Route 66, and much, much more. What fun that was! Of course I made up most of the story and the man I called Fergus Powers was a product of my imagination and my memories of family gossip. But I couldn’t have written Geronimo’s Skull without first discovering the sheer joy of research.

A word of caution, though. It’s possible to do too much research, and when that happens the research may delay or even replace the writing. Also it’s tempting to include in your story everything you’ve learned in your research. I made that mistake on my first draft of Geronimo’s Skull, and as a result that first chapter about the Worlds Fair dragged on and on, to my delight, but it was self-indulgent and it didn’t advance the plot. An agent I showed my manuscript to said, “This needs a big dose of caffeine.” So I cut the first chapter by half, and the book got its life back. 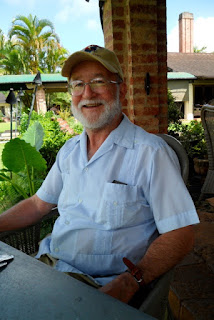 bio:
John M. Daniel is a freelance editor and writer. He has published dozens of stories in literary magazines and is the author of fifteen published books, including four mystery novels, two of which (The Poet’s Funeral and Hooperman) earned starred reviews in Publishers Weekly. He and his wife, Susan, own a small-press publishing company in Humboldt County, California. http://www.danielpublishing.com/jmd/index.html