Should You Know the History of the Place You’re Writing About?

(My guest today is Marilyn Meredith, prolific author of some 30 novels, including an award-winning series. Read on and you could have a character named for yourself in a future novel.)

Some might say, “No,” in my case since the setting for Spirit Shapes takes place in a fictional setting.

However, throughout the Deputy Tempe Crabtree series, I’ve woven in bits and pieces of the real history of the town it’s based on and I think that’s enriched each book.

In Kindred Spirits I wrote about the true history of the Tolowa people and the genocide that nearly wiped out the whole tribe and instigated by the then Governor of California.

Because at times I write about an imaginary Indian reservation but borrow a lot from the real one that I live near. I’ve often sprinkled wonderful facts of the history and legends from that reservation which have enriched various stories I’ve written. 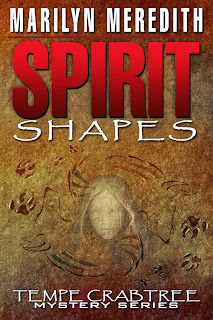 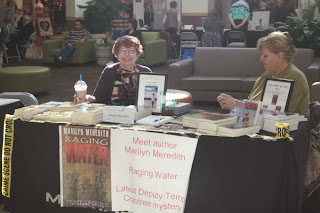 In Spirit Shapes the haunted house is imaginary—but the old murders that happened in it are based on real murders—one that was highly publicized though changed in many ways for my mystery, and the other didn’t happen but was based on a story told me by someone long ago.

Finding out about the history of a place you’re writing about, even if you’ve fictionalized it, can give you material for you story that you might never have imagined.

Blurb for Spirit Shapes: Ghost hunters stumble upon a murdered teen in a haunted house. Deputy Tempe Crabtree's investigation pulls her into a whirlwind of restless spirits, good and evil, intertwined with the past and the present, and demons and angels at war.

Bio: Marilyn Meredith is the author of over thirty published novels, including the award winning Deputy Tempe Crabtree mystery series. She borrows a lot from where she lives in the Southern Sierra for the town of Creek and the surrounding area, including the nearby Tule River Indian Reservation. She does like to remind everyone that she is writing fiction. Marilyn is a member of EPIC, three chapters of Sisters in Crime, Mystery Writers of America, and on the board of the Public Safety Writers of America. Visit her at http://fictionforyou.com and follow her blog at http://marilynmeredith.blogspot.com/

The person who comments on the most blogs on this blog tour will have the opportunity to have a character named after him or her in the next Deputy Tempe Crabtree mystery.

About My New Book

My latest book, “Digging Dusky Diamonds,” is this kind of history. Based on contemporary newspaper accounts, genealogical records, family stories and even some legends that have become part of the lore of ’s anthracite mining region where I grew up.

I clearly remember as a boy seeing throngs of miners pouring like a stream, their faces blackened, shoulders slumped in weariness, boots shuffling along the paving as they ended their shifts at the Glen Burn in Shamokin.

My paternal ancestors were mainly involved as canal boatmen and, later, as railroaders transporting the coal from place to place. But my great-grandfather, Henry Francis Fisher, his father and brothers were all miners. Three of Henry’s brothers died as the result of mine accidents.

My focus is on Northumberland and counties—the areas I’m most familiar with—though similar conditions prevailed across the anthracite mining region in the 19th and early 20th centuries.

While there is some technical information on the process of mining, the emphasis is more on the miners and how they and their families lived and worked, loved and died. The stories reveal the harshness of their lives, their daily concerns, their diversions, social attitudes and prejudices.

The accounts reveal what was different about those people and what has remained constant in us, their descendants. 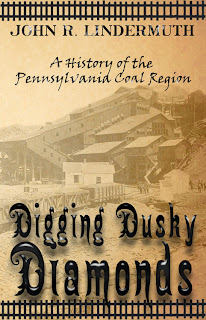