Women of the Revolution

We have organizations honoring ancestors who fought or otherwise assisted in making the American Revolution a success. Yet, how often do we give thought to the sacrifices of women in that same historical period?

On March 12, 1776 newspapers in the city of urged citizens to recognize the sacrifices and contributions of women to the cause of revolution.

How much of an impact that acknowledgement had isn’t known. But history shows the role of women was critical to the success of the movement. Don’t forget, not only didn’t women have the vote at the time, they also had little say in what men determined to do.

While men were boycotting products in opposition to British taxation, we too often fail to recognize those products were usually items important to women. As an example, tea was the drink favored by women while men more often consumed alcohol. There’s a scene in my novel “The Accidental Spy” where Dan and Nell use counterfeit money to purchase imported fabrics: With the blockade, which had cut off imports to the city, many considered it patriotic to dress in homespun. Whether they were truly patriots or simply didn’t want to pay the price for what remained, I don’t know.

The mere lack of items they valued is a minor point in enumerating the sacrifices of women in behalf of the cause of liberty. Women could do little to prevent their husbands and sons from going off to war, a situation which left them responsible for the maintenance of home and/or business and could result in destitution. Records show many women followed their spouses and children to the battlefront. History often erroneously paints these “camp followers” as prostitutes when, in actuality, a majority provided moral and physical support as nurses, cooks, seamstresses and even occasionally as spies or soldiers.

A number, among them Deborah Samson and Margaret Corbin, have been identified as women who donned men’s clothing and enlisted as soldiers. Many more (on both sides) performed duty as spies. In “The Accidental Spy,” I included two Loyalists—Nell Bates (fictional) and Ann Bates (actual).

Women were even more important in raising the funds necessary to continue the fight. Esther deBerdt Reed, wife of Joseph Reed, ’s governor, and Sarah Franklin Bache, Benjamin Franklin’s daughter, founded the Ladies Foundation in , which raised money to fund the war effort.

Nor was the sacrifice limited to the patriotic side. The wives and mothers of those who remained loyal to the Crown were equally active in efforts to support their husbands and sons. After the Pennsylvania Assembly passed the Act of Attainer in March 1778, the estate of Joseph Galloway, a Philadelphian who had sought to reconcile the colonists and , was seized and sold at auction along with that of other loyalists. Galloway fled to safety in . His wife stayed behind and the auction left her impoverished.

So it’s fitting in this National Women’s History Month we recognize these women who equally sacrificed for what they held important.
Posted by jrlindermuth at 8:01 AM No comments:

Quick--who was the first woman to publish a mystery novel?

Despite her many achievement, no, it wasn’t Agatha Christie. Technically, the honor goes to Seeley Regester, the pseudonym used by Metta Victoria Fuller Victor, whose novel The Dead Letter was published in 1867. But, Anna Katherine Green (photo below), whose novel The Leavenworth Case became a runaway bestseller in 1878, is generally acknowledged as “the mother of the detective novel.”

I’ve chosen to pay tribute to both for their achievements, since March is National Women’s History Month.

Metta Victoria Fuller Victor, a native of , was a pioneer in the dime novel tradition, penning more than 100 titles. After the family moved to , she and her sister began publishing in local newspapers. Her first novel, Last Days of Tul, A Romance of the Lost Cities of , was published in 1847 when she was only 15 years old.

After their marriage, she and her husband, Orville Victor, a newspaper editor, moved to . Despite bearing nine children and having the responsibilities of a wife and mother, she continued to work, publishing in many genres as well as poetry, non-fiction and even a few cookbooks.

Her achievement as the writer of the first detective novel is marred by the fact a main character is clairvoyant.

Green’s novel, on the other hand, set the standard for mystery novels to follow. Her detective, Ebenezer Gryce, who serves with the New York Metropolitan Police Force, would continue to fight crime in a series of novels. Gryce is often assisted by Amelia Butterworth, a nosy spinster. Green also invented a ‘girl detective,’ Violet Strange, a debutante who leads a secret life as a sleuth.

Green’s father was a prominent attorney and it is believed some of his cases provided the basis for her plots. The Leavenworth Case sold more than a million copies and was lauded by Wilkie Collins, among other luminaries. The novel also sparked a debate in the Pennsylvania Senate over whether such a book could actually have been written by a woman.

Arthur Conan Doyle and Agatha Christie were among later authors who acknowledged her influence on their work. Not a bad legacy, even if her own work is not known as well as it should be these days. 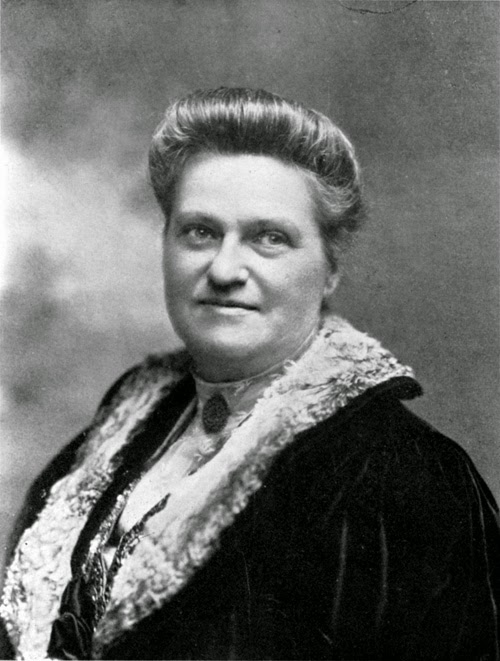