Not only do they stoke our egos (which, alas, are often in need of massaging), they attract attention and can help make the difference between success and failure for a book. Those of us who are still struggling to attract an audience rely on a corps of reviewers, some sought out by ourselves and others solicited by our publishers.

Most writers published by small press can only dream of attracting the attention of The New York Times Book Review, Kirkus or other such prominent venues. So we are always grateful when someone—anyone—takes the time to say they like what we’ve written.

What might be even better than a good review is having the reviewer call attention to the book at a later time when your public’s interest in it may have waned.

Kevin R. Tipple did that recently for Cruel Cuts, second in my Sticks Hetrick mystery series, when he highlighted it in his Friday’s Forgotten Books segment in his Kevin’s Corner blog. He called this second novel in the series “a complex and very enjoyable read full of murder, deceit and greed.” You can read the full segment here: http://kevintipplescorner.blogspot.com/2010/09/fridays-forgotten-books-cruel-cuts-by-j.html

The replay came as a pleasant surprise and I was gratified because not only is Kevin a perceptive reviewer he’s also a fellow writer and an editor. His stories have appeared in a variety of print magazines as well as on line in such sites as Mouth Full of Bullets, Crime and Suspense and Mysterical-E.

I was also pleased because Cruel Cuts introduced rookie officer Flora Vastine, who has become a key player in the series. I have a particular affection for this novel and don’t think it has received the attention it deserves.

So thanks again, Kevin.
Posted by jrlindermuth at 5:31 AM 15 comments:

A Lesson in Practical Magick 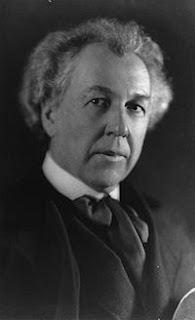 Today, Monday, Sept. 13, has been designated Positive Thinking Day. Now I’m not about to reveal some secret here, some magick formula which is the key to success. But I do believe attitude has much to do with the achievement of goals.

The United States has been a fertile playing field for optimists and has spawned a variety of theories and even several uniquely American religions linking spiritual and material success with attitude. Science has confirmed that a positive attitude does help in matters of health. Why should not the same apply to other aspects of life?

Optimists have a tendency to face up to problems and actively seek to solve them. Pessimists, on the other hand, are more prone to give up without a fight. As Frank Lloyd Wright put it, “The thing always happens that you really believe in; and the belief in a thing makes it happen.”

Quantum theory has demonstrated what we deem reality is a transitory state and nothing is impossible. Thus life events can be influenced. Success is an evolutionary process and it isn’t necessarily measured in dollars. It can and must have a personal definition. For one person it may mean wealth and fame. For another no more than the successful completion of a project. Its validity is dependent on the individual.

I’m not talking magic here, other than the kind coming from a belief in yourself.

Asked about her success, Victoria Holt, who wrote historical fiction under a variety of pseudonyms, said, “Make up your mind that you will succeed and go all out for it.” At the time of her death in 1993 it was reported more than 100 million copies of her novels had been sold.

That definitely illustrates the power of positive thinking.

Oh, one other ingredient too often left out of these prescriptions for willing success—work. Wright, named the ‘greatest American architect of all time’ in 1991 by the American Institute of Architects, also said, “I know the price of success: dedication, hard work, and an unremitting devotion to the things you want to see happen.”
Posted by jrlindermuth at 4:58 AM 3 comments:

Better Than An MFA

John Grisham wrote in the New York Times recently (http://www.nytimes.com/2010/09/06/opinion/06Grisham.html?_r=1&th&emc=th) of the various jobs he held before becoming a popular and successful author.

Though always an avid reader, Grisham comes from a working class background. As he points out in this article, writing was not his childhood dream. He came to writing after a series of low-paying, dead-end jobs, a general law practice and a period as a legislator in Mississippi.

A Time to Kill, his first novel, was inspired by witnessing the testimony of a 12-year-old rape victim. It had a rocky road to publication and was not an immediate success. The Firm, his second effort, was the seventh best-selling novel of 1991 and paved the way for his new career.

In the Times article, Grisham calls writing the most difficult job he’s had.

Most of us who have come to writing—whether it was a childhood dream or not—have suffered a variety of other jobs over the years. There are few overnight successes in this business.

Personally, in my jobs resume, I can list periods as a waiter, fruit/vegetable picker, laborer on a roofing crew, clerk, warehouse worker, antiques picker, painter, chicken factory worker, among others before becoming a reporter and later newspaper editor. In the Army I went from rifleman to military police trainee, to reporter and editor.

Though I didn’t like many of these jobs at the time, I no longer regret any of them. They provide me a broad canvas of characters and knowledge. If we’re honest, I think most of us who write can be thankful for the insights into other ways of life these varied opportunities provide. It can’t be equaled by reading or in a classroom. Such knowledge is second-hand. Experience is the greatest teacher and imagination craves such stimulus.
Posted by jrlindermuth at 5:10 AM 3 comments: