Today is my day to post and participate in the continuing series “My Writing Process” blog tour. My writing friend, Douglas Quinn, who writes mysteries, historicals and children’s fiction, posted last week. You may read his blog at http://obxwriter.webs.com/apps/blog/

What am I working on?

I generally have more than one project going at the same time. This is because ideas don’t develop and mature at the same time. The germ of a story may germinate for months or even years before it gets to the stage where I begin to put words on paper (or screen when working on computer). This also prevents what is commonly referred to as “writer’s block;” if I get stuck or bored with one project, moving to another soon gets me back on track. At the moment, my projects include:

An untitled seventh novel in the Sticks Hetrick crime series involving the murder of a young school teacher and birder in which Officer Flora Vastine is insisting on a more prominent role.

A third book in the Sheriff Sylvester Tilghman series (also untitled at this point) in which the body of Borough Burgess Zimmerman’s deceased mother-in-law is snatched from the funeral parlor and held for ransom. is also dealing with competition for Syl’s affection, which may prompt her to accept one of his many marriage proposals.

Closer to completion than either of these is a stand-alone historical mystery, tentatively titled “Something So Divine,” about a detective who finds himself defending a slow-witted boy accused of murder.

How does my work differ from others of its genre?

Difficult question to answer since I work in more than one genre. Probably a majority of mystery/suspense novels today are set in major metropolitan cities or exotic locations. My Hetrick series differs in being set in a small town, rural area—not that it’s unique in this. I could name dozens of other writers who’ve chosen the same type of location. My historical novels and stand-alones have also been set in smaller communities. These settings reflect the kinds of places I’ve lived over the years and not a particular distaste for the big city.

Why do I write what I do?

Though I read a wide selection of fiction and non-fiction, mysteries and history have always fired my interest and imagination the most. This may be a reflection of cutting my reading-eye-teeth on the works of Edgar Allan Poe, Arthur Conan Doyle, Alexandre Dumas, Robert Louis Stevenson, Washington Irving and the like. Over time, I was influenced to try emulating the writing of those I admired with stories of my own.

How does my writing process work?
I’m not generally an outliner. I may jot some notes, though they’re usually so scant they’d be meaningless to someone else. Often I’ve thought out the story line in my head long before I start setting it down. Other times I may pitch in with just an image of a person, place or situation in mind and let the characters lead me from there. I don’t want to know too much ahead of time. I like to be surprised by my characters and hope the twists that provides will be equally entertaining to readers.

To continue the Writing Process blog tour on Monday, May 31, go to:

C. L. Swinney, author of Gray Ghost, an Amazon bestseller, is currently assigned to a Department of Justice task force that investigates crimes ranging from street level drug deals to homicides and complex cartel cases. You may view his blog  at http://clswinney.wordpress.com/

is the author of Leave No Trace, Fatal Catch and the History Lover’s Cookbook. Her decade-long participation in Civil War reenactments and an avid interest in history inspired the above-mentioned cookbook. View her blog at
at http://www.civilwarcooking.blogspot.com/

Posted by jrlindermuth at 5:29 AM 9 comments:

Jumping Into The Audio World

(My guest today is C. L. Swinney, a veteran in law enforcement, an avid fisherman and writer. He has some advice and encouragement to offer those of us considering the audio writing format. Welcome Chris.) 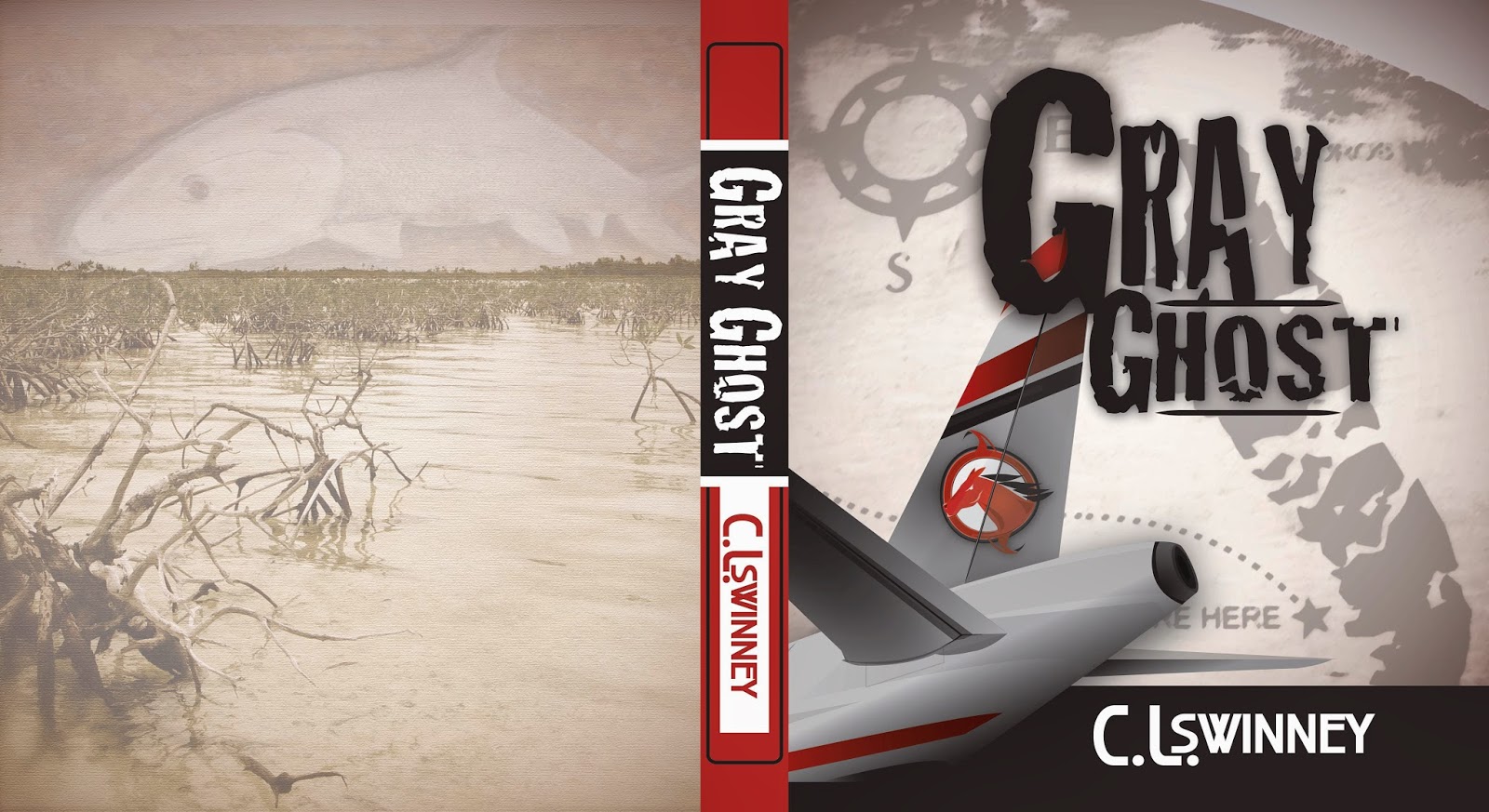 First off, thanks again John for allowing me to have a guest spot on your wonderful blog. I truly appreciate it.

I’m going to do something crazy, and focus on assisting others instead of beating people over the head about the re-release of my first novel, Gray Ghost.

I’d like to talk about “audio,” and how I think it’s revolutionizing “writing.” Sounds odd, right? I’d agree with you. But, I researched and jumped into the audio world myself and I have a whole new perspective on it.

Less than 5% of all novels are in the audio format. Simply this fact alone tends to support that audio is new and hasn’t exploded…yet. I like to correlate this to the boom in digital just a few years ago. People downloaded copies because they were “on the go.” We could read from tablets and cell phones (smart phones) whenever time permitted. Insert audio. Now, two very significant things have happened. One, you don’t need to carry the device everywhere you go and you can listen to it. Two, a novel comes alive. Dialogue is a little tricky, with the narrator having to play male and female voices, as well as those with accents, but it works.

I’ve got a novel in which there are male and female characters, some with accents, and the male narrator nailed it (helps that he’s an award winning narrator). It sounds different when he does a female voice, but it causes the listener to smile or giggle and draws you into the dialogue. A little humor can go a long way. Audio isn’t to a point where multiple narrators work on a project, so you just have to accept it. I was worried at first, but now I absolutely love it.

So, how does it work? ACX is an Audio company owned and operated by Amazon. As an author, depending on your rights situation (meaning you have the rights to your work or the publisher will work with you on this), you can upload your manuscript and wait for narrators to audition. Listen to several of them and see which voice makes your book come alive. From there, the narrator records chapters and uploads them for you to listen to. It becomes a partnership between you and the narrator. YOU MUST ACTUALLY LISTEN TO EACH WORD. Audio books fail if there are issues (missing words, miss-spoken words, poor recording quality). Not every narrator is the same, and some of the people on ACX will not suit you. However, there are over 2,500 people to choose from, so it’s likely you’ll get the right fit.

Next, what is the cost? Two ways to go here, you can pay the narrator up front, anywhere from $200-$500 an hour, or do royalty share. Most books are five to eight hours long. Royalty share is calculated as such: 25% for the narrator and 25% for the author. You sell more, you get more. They’ve recently changed this so that after March 10, the numbers drop to 20% for each (and will not increase even if you sell more). This has caused quite a stir, but the narrator and I have agreed we will continue (with more of my novels in the same series). Also, if someone grabs your book as the first audio book they ever purchase, you get a “bounty” payment of $50. A publisher can also get involved with the process. The structure of the contract is a little different and the percentages are less, but it’s all doable.

Finally, how does the work get distributed? ACX will upload your novel to Audio.com, Amazon.com, and iTunes. The book comes out in CDs and is sent to the “reader.” It can also be purchased as a regular music file, so you can listen to it on your iPhone, iPod, iPad, etc. If you have the same novel on Amazon in paperback, hardcover, or Kindle, Amazon will add an “audio” button next to the novel. But, it works the same as any format of our novels. You must promote like crazy or you will have a difficult time getting sales. There’s no changing that.

I hope some of you take the plunge! It’s worth the experience, and I think it’s going to erupt soon. Many publishers are moving in this direction, and the Big Five are firmly involved already. When the Big Five take notice, it’s hard to refute their tactics.

For more helpful hints, check out my blog (http://www.clswinney.wordpress.com) or group (Social Media 101) on Goodreads.

Arson, a heinous crime, is at the root of A Burning Desire, sixth in my Sticks Hetrick mystery series.

FBI statistics show arson in the increased 3.2 percent over the previous year in the first six months of 2012. This was a higher percentage than recorded for other serious crimes such as robbery, aggravated assault and larceny-theft.

There are arsons for profit—individuals who torch their own property or hire someone else to do it in order to collect on insurance. In the former case, these are often amateurs who are sloppy about technique and prone to mistakes which get them caught. Professionals are another matter.

A possibly more dangerous type of arsonist is the pyromaniac. This is a person suffering from an actual psychological disorder. They don’t light fires for monetary gain or other common motives. Instead, they derive their pleasure from seeing the fire. It relieves their stress and may even gratify them sexually or in other ways.

Authorities say one of the biggest problems with these individuals is they aren’t always easy to identify. Other than a fixation with fire, they may seem little different from their neighbors. It’s estimated 90 percent of pyromaniacs are male. They may have a juvenile record, but most likely will work a normal job and not stand out from co-workers. As an expert tells Hetrick in the novel, a serial arsonist “…is generally male, usually white and probably under thirty. Intelligence-wise, they’re all over the charts—from moron to genius and everything in between.”

That does not make things easy for our detective facing an outbreak of arson in rural . Initially, the minor nature of the fires inclines authorities to view them as pranks, probably the work of juveniles. Hetrick and his fellow law enforcement officials know arson always has the potential to become more serious. This fear is confirmed in the wake of a murder at the site of one fire.

As they hunt the arsonist, Sticks and his protégé Officer Flora Vastine must also confront troubling, dangerous people from their pasts, adding to their jeopardy.

Read an excerpt from A Burning Desire here: http://www.whiskeycreekpress.com/chapters/ABurningDesire_JRLindermuth.shtml 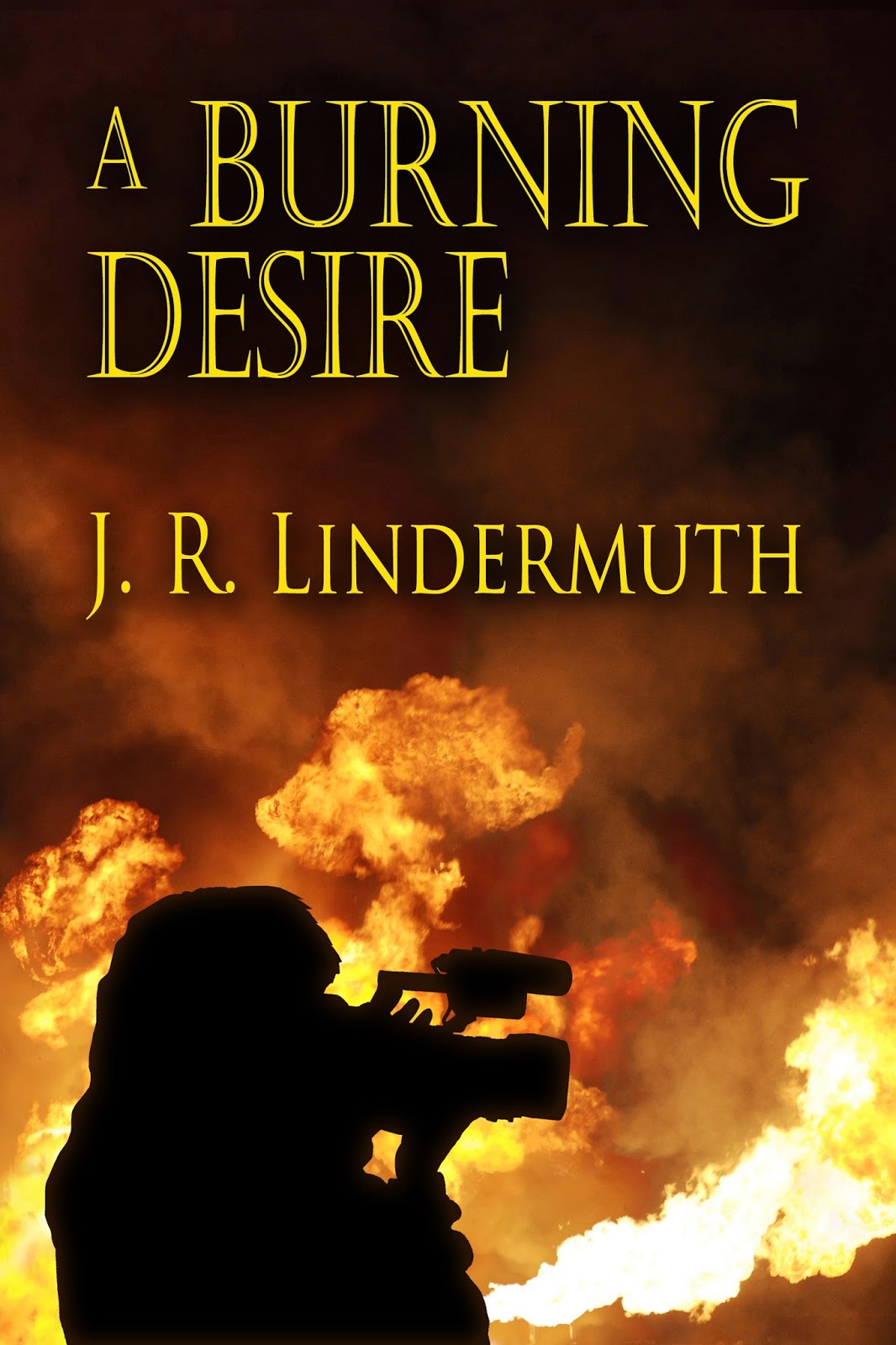 Posted by jrlindermuth at 5:20 AM 7 comments: