The Western genre has a long and honorable history and may be the ultimate American contribution to the world of fiction.

Growing up in the 1940s and 1950s, the Western had a steady presence in books, magazines, comics, films and in our childhood games. In the 1960s it developed a new popularity on television.

My mother said when she was carrying me her reading consisted almost entirely of Western pulp magazines. All of this, in addition to growing up in a house legend says was built by a man who rode with Buffalo Bill, may have influenced my future opinion of the genre.

Though my reading was wide and varied in my youth, a large part of it did consist of Westerns and I continue to enjoy them.

Interest in the genre suffered a decline in the 1970s, but many believe (or hope) we may be in a period of renewed appreciation. The early Westerns were morality plays and had their share of unfortunate stereotypes. In the 1980s writers like Elmer Kelton, Cormac McCarthy, Larry McMurtry and others began giving them a more realistic spin which appeals to modern readers.

Though much of my output has been in the mystery genre, I’ve written my share of Western short stories and have long wanted to do a Western novel.

That dream is achieved today with the publication of The Tithing Herd by The Western Online Press.

My protagonist is Luther ‘Lute’ Donnelly, a guilt-ridden former lawman, who has been on a revenge-inspired search for the bandit known as Spanish who killed his brother. When Lute rescues Tom Baskin, a boy falsely accused of rustling, it brings him back to Serene McCullough, a Mormon widow he’d intended to marry before the tragedy that haunts him.

Cash-strapped Mormons have assembled a herd of cattle to pay their tithe to the church. Serene prevails upon Lute to help her son take the tithing herd to market. Reluctantly, he agrees.

When Spanish kidnaps Serene and holds her as ransom for the herd Lute’s goal changes from desire for revenge to a desperate quest to save the woman he loves. 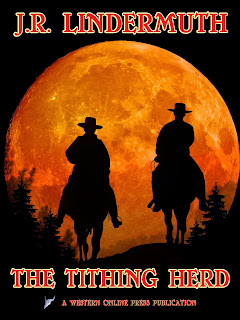 Posted by jrlindermuth at 5:04 AM 4 comments:

Not to Worry. The Bells Did Not Ring

(My guest today is James R. Callan, who has an interesting tourist tale as well as news about his latest Father Frank mystery. Take it away, Jim:)


The recent eruptions of Mount Calbuco in Chile had a greater impact on me than on many of my friends.  They were all appalled at the massive plumes of ash and smoke reaching miles up into the sky.  They had sympathy for the thousands of people who were forced to move from their homes as it became unhealthy or impossible to breathe.

But for me, it was almost personal.

My wife and I had visited that region a few years ago.  We flew into Puerto Montt,  only 19 miles from the active volcano.  Probably planes could not land there for the weeks following the eruptions due to the amount of ash in the air.  We visited Puerto Varas, slightly closer to Calbuco, and watched a chess match where people served as the various pieces on a gigantic chess board.  Puerto Montt and Puerto Varas are the two largest towns sitting in the shadow of the 6,572 foot volcano.
What impressed us at the time was the beautiful and unspoiled landscape. And the cleanliness.  We never saw so much as a gum wrapper on the streets.  The lakes were crystal clear. It was pristine. 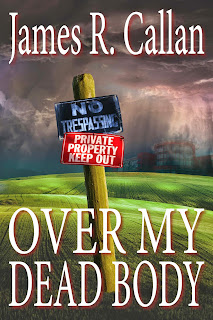 Now, according to the news, ash covers everything, reaching two to three feet deep some places.  This extends across parts of the previously unpolluted twenty-five mile long lake on whose shores Puerto Varas sits. It is painful for us to think of such beautiful land buried under a dull, toxic, unforgiving ash.
While we were visiting farther north in Santiago, I played tennis at the Prince of Wales Country Club.  It sports bronze plaques commemorating the visits of various members of the Royal family of Great Britain.
During the match, we experienced a small earth quake.  The tall light stanchions began to swing back and forth and it seemed to me they were swaying so far they might break. Another of our foursome suggested we seek shelter.
“Heavens, no,” said one of the Santiago residents and his ample belly began to shake with laughter.  “It’s only a trembler.  If it doesn’t shake enough to ring the bells in the cathedral, it’s not an earthquake.  Just a trembler.” He laughed again, then asked, “Did anybody hear the church bells?”
No one spoke up.
“See. Just a trembler.”  He turned to his partner. “You’re serving at fifteen all.”
We resumed play. Several games later, again the ground began to shake. But I wasn’t worried.  The Cathedral bells did not ring. It wasn’t an earthquake, only a trembler.”
Brief Bio of James R. Callan

After a successful career in mathematics and computer science, receiving grants from the National Science Foundation and NASA, and being listed in Who’s Who in Computer Science and Two Thousand Notable Americans, James R. Callan turned to his first love—writing.  He wrote a monthly column for a national magazine for two years. He has had four non-fiction books published.  He now concentrates on his favorite genre, mystery/suspense, with his sixth book releasing in 2014.

My new release, Over My Dead Body, is available at:   http://amzn.to/1BmYQ0Q 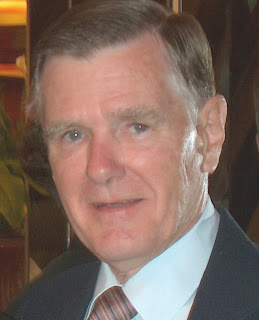