Coal gets a bad rap these days—and rightly so, from an environmental standpoint. Yet, it should not be forgotten, through the 19th and well into the 20th century. 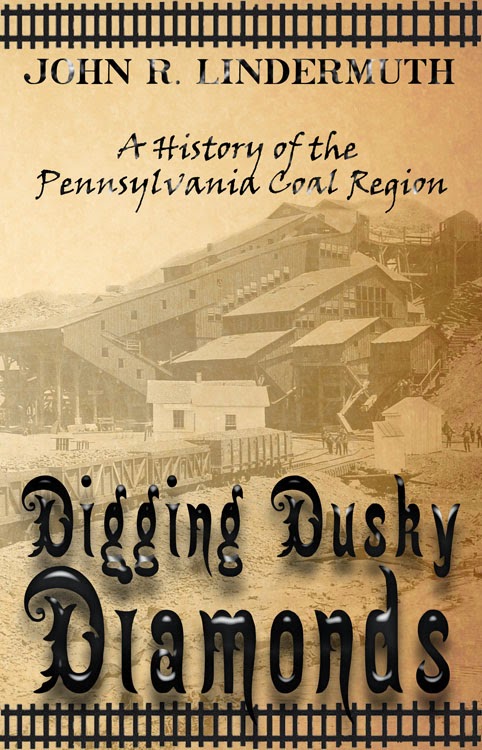 coal was a vital element in the economy of the

It was coal that fueled the industrialization of the and made it the most productive nation in the world for a long period of time.

My book “Digging Dusky Diamonds” is not intended to glorify the industry but to offer some insight on the lives of the ordinary men who worked as miners and their families in one area of ’s anthracite coal region.

The wilderness pioneers found when they arrived was destroyed in less than a century by the mining that provided wealth for a handful and employment for the thousands who came to do the dangerous, dirty and vital work.

The miners were representative of the melting pot characteristic Americans love to brag about. They represented dozens of nationalities and various races. They were mostly moral, hardworking people who sought a better life for their families than available elsewhere.

The stories recounted in the book were culled from contemporary newspapers, which reveal the daily concerns of the miners and their families, their diversions, social attitudes and prejudices. The accounts reveal what was different about those people and what has remained constant in their descendants.

Why should someone with no ties to the coal region find the book of interest? Well, aside from the economic angle, there’s the common theme of people striving for upward mobility against great odds. There are accounts of disasters, bravery, superstition, amusements, and the callow behavior of those reaping the big profit. There’s also the fact mining contributed to changes in labor laws which had broad influence across the nation and in other industries.

You can buy your copy here http://www.sunburypressstore.com/Digging-Dusky-Diamonds-9781620062685.htm

Or, ask your favorite bookseller.

It is an honor and a pleasure to be a guest poster on J.R. Lindermuth’s blog. John Lindermuth is an author I admire, and I happen to know he enjoys doing research into the past to give added interest and information to his historical novels. I’ve never really considered myself a historical novelist, but I do enjoy the research involved in telling a story. Parts of my stories come from memory, parts from imagination, and parts come from research. This has been especially true of my newest book. Since that story takes place forty years ago, it almost qualifies as a historical novel. And what a wild time that was, even in a sedate, middle-class college town.…

Hooperman: A Bookstore Mystery, is set in and near Maxwell’s Books, a fictitious store in  during the summer of 1972. , back then, was not the epicenter of technology and business that it is today. It was still an upper-middle-class college town, although it was becoming more and more stirred up with important and divisive iss of the times.

Return with me now to those daring days of yesteryear. 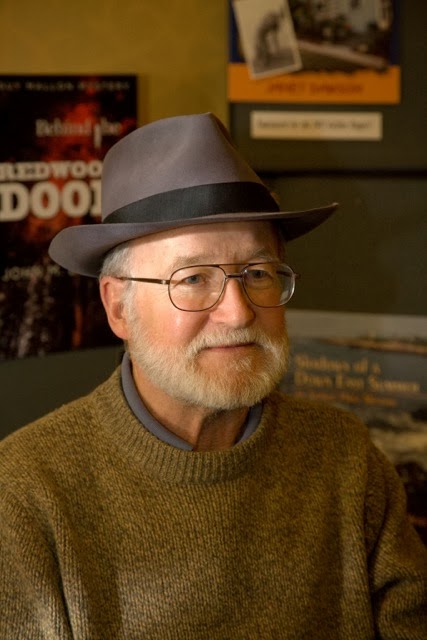 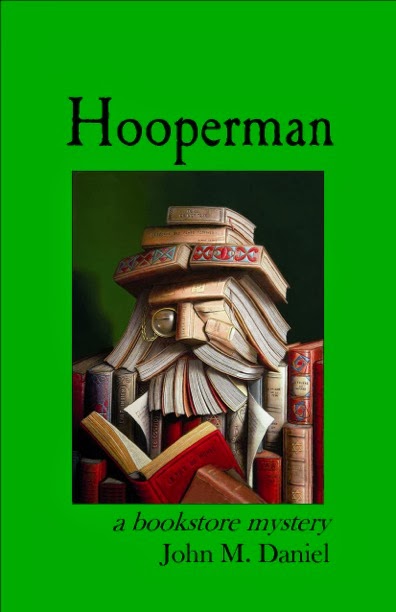 A lot is going on during the summer of 1972: Jane Fonda is touring , George Carlin gets arrested for obscenity, and Bobby Fischer battles with Boris Spassky over the chessboard in . Nixon is still president, although this is the summer of the Watergate break-in, which will spell the end of Nixon’s presidency.

This is a time of big social and political causes. The war in Vietnam is still raging, as is the anti-war protest, along with other movements, such as black power, gay pride, women’s liberation, and the human potential movement, not to mention the sexual revolution. Maxwell’s Books, the locale of most of Hooperman, feels like the meeting place for all these movements. It is a bookstore owned by a celebrity pacifist, staffed by artists, musicians, dopers, dreamers, and poets.

Some of that summer’s best-sellers are: Jonathan Livingston Seagull, The Joy of Sex, Be Here Now, The Pentagon Papers, Open Marriage, and Another Roadside Attraction. Customers who frequent Maxwell’s Books include Joan Baez, Ken Kesey, Stephen Stills, Jerry Garcia, and Wallace Stegner.

I invite you to climb aboard the time machine known as a historical novel, in this case Hooperman: A Bookstore Mystery, and go back in time to the summer of 1972. I guarantee you a good ride!

Meanwhile, you might enjoy meeting a couple of the older members of the Maxwell’s staff:

Hooperman worked at the store almost a week before he caught another shoplifter, a teenager who had stuffed a Zap Comix under his Steely Dan concert tee shirt. The comic book was priced at half a dollar, so Hoop earned an extra twenty-five cents that day. Elmer was good about paying him his five dollars a day, and Hoop was still having a good time, so he decided to continue working at Maxwell’s Books as long as he could afford it.
It was easy work, although it was boring as dust except when he played like a customer and actually got interested in the books he was guarding. Hoop made friends with more of the staff, including a couple of Elmer’s old conscientious objector cronies from WWII, Pete Blanchard and Jack Davis, who squabbled over the right to take care of the Political Science section. Pete was a socialist, Jack was an anarchist, and their arguments stopped traffic all over the store. Neither one of them wanted anything to do with the section that Charley David had named The Times They Are A-Changin’. Kids’ stuff, they called it. Kids don’t know beans, they said. Charley was a painter whose jeans looked like a used palette.
“Kids these days,” Pete muttered one day when he and Jack were elbowing each other in the Politics aisle. Hooperman stood by, supposedly doing his job, mainly eavesdropping. Pete wore a jacket and tie to work and looked like a rumpled professor.
“Aaaah, give it a rest,” Jack countered. “You political dinosaur.” He hitched up his overalls and lit a Lucky Strike.
“No smoking in the store.”
“Says who?”
“Can’t you see this place is a tinderbox, Jack? You want to burn the store down?”
Jack turned to Hoop, raised his eyebrows, wiggled his cigarette, and said, “Now there’s an idea.”

Hooperman: A Bookstore Mystery celebrates the joy of books and bookselling and also explores the many ways people get into trouble—deadly serious trouble—when they fail to communicate.

Hooperman Johnson is a tall, bushy-bearded man of few words. He works as a bookstore cop, catching shoplifters in the act. It’s a difficult job for a man with a severe stammer, but somebody’s got to do it, because Maxwell’s Books is getting ripped off big-time. And, more and more, it looks like the thief works for the store.

“Pleasant and unusually good-natured, this novel from Daniel harkens back to a time when printed books mattered and an independent bookstore could be a social club for passionately eccentric bibliophiles.” —Publishers Weekly, starred review

Buy or order Hooperman: A Bookstore Mystery from your local bookstore, from Amazon, or direct from the publisher:
Oak Tree Press
1820 W. Lacey Blvd. #220

For more info about Hooperman: A Bookstore Mystery:
www.danielpublishing.com/jmd/hooperman.html

John M. Daniel is a lifelong bibliophile, having worked in eight bookstores. He’s also the author of fourteen published books, including the well-reviewed Guy Mallon Mystery Series. He lives among the redwoods in , with Susan Daniel, his wife and partner. They publish mystery fiction under the imprint Perseverance Press (Daniel & Daniel).